The Long Way to Missoula

The irony of this last prompt is that I hadn’t yet lived my worst travel horror story. I tried to write it in 99 words, but it was too long. However, trying to write with brevity helped me keep the tale tight. And that’s today’s tip for writers: practicing flash prepares you for longer stories.

Communication has abruptly halted because I dropped my cell phone in the parking lot at my son’s graduation. Then–as the story below will inform–I had a challenging travel day.

Today, I got to see my eldest daughter defend her masters and tonight I cooked tapas for her listening party. We gathered at the home of her adviser to listen to her hour-long radio documentary. I cried. It was beautiful, intelligent and she rocked the multi-media elements, pushing boundaries in journalism to tell humanistic stories.

The next few days I’ll have the privilege of sitting in on a few more defenses and Wednesday my second daughter turns 24. A good week to be grateful that I’m alive. And yes, it was no guarantee that I’d be here to savor this week. Using creative elements that I’m learning through flash, here is my true-life travel horror story.

The Long Way to Missoula

“Want to borrow my phone,” asks my daughter’s father-in-law.

No texting, calls, Gmail, Facebook, Twitter, contacts. How did we exist pre-smart phone? And who was the genius who made them out of glass?

Minneapolis to Denver. Despite mis-designated gates I find my connection in time. Sitting at a window seat, head against thick plexi-glass, I watch slush pool in the sill. A Rocky Mountain spring snow. I’m only an hour away from crepes, lemon curd and red tulips that await me in Missoula for brunch.

Men in parkas de-ice the plane, we take off and all seems fine until—

“Ladies and gentlemen, this is your captain. We have bad news…”

He could have been announcing the weather or an obvious landmark below. Bad news evidently is delivered in the same friendly monotone. Mother’s Day and I wonder if I’ll ever see my children again.

“…the mechanism that keeps the wings free of ice has malfunctioned…”

My husband is an airplane mechanic. He used to work for United (the airline I’m flying) and I recall he disliked their fleet of CRJs—the plane with the malfunction. “Pieces of crap,” he’d say. “They should fly Embraers.”

“…the Denver airport is now closed due to the snow storm. We can’t go back…”

It’s a simple formula: ice + wings = crash. I wonder if my husband will remember to talk in “Grave Digger’s” monster-truck voice at my funeral—our joke.

Snow in the Rockies can occur any time of year. This happens to be a big system. Snow stretches across the vast northwest of the American continent. We fly over, searching for a safe break in the storm. We pass Missoula and Mother’s Day brunch.

I look down at the seven-year-old red-head boy with more freckles than white skin who’s seated next to me, flying without his mother. He’s going to Montana to see his father.

I’ve gained a child in a matter of moments, and I imagine placing his oxygen mask when the yellow cups drop from the compartment overhead. Watching flight attendants show the maneuver before each flight I’ve ever taken has prepared me.

Being a mother has prepared me to take care of stranger’s child today. I smile at him and say, “Idaho. That’s where I live.”

No snow, only gust of wind powerful enough to knock me to my knees awaits us on landing. And we land with only a wobble. I say a grateful silent prayer to God, guardian angels and the United pilots. They landed this piece of crap safely.

Like cattle, we’re herded off the plane. Like survivors, we all gather in the secure area the airline employees prepare for us inside the small terminal. It’s Sunday and closed, but welcomes our little emergency. Passengers are like family now. We hug, shake hands and nearly everyone runs fingers through the boy’s red hair. He’s now child to us all.

“Do you want to use my phone?” Several passengers ask. We’ve come to care for one another. But I don’t know my own children’s phone numbers—I’m used to just selecting a call by name.

I know my husband’s number and I call him to call our daughters. “Was it a CRJ,” he asks. I know what he’ll say next, “Pieces of crap.” He tells me there’s not a maintenance base in Idaho Falls. The agent now assigned to our group tells us the mechanics are “out of town.” It’s Sunday. Mother’s Day.

Mechanics are driving up from Salt Lake City. Why don’t they fly in? The airport is actually closed. No flights in or out today. Except emergency landings. But United is chartering a bus to get us to Missoula.

A bus? We look at one another, laugh and bad airline travel stories pour out of us collectively as if we are group-painting for art therapy. One woman, who is now best friends with the woman she sat with on the plane, says, “This was my first time flying. I don’t have any bad stories to tell.”

We all laugh and in unison say, “Now you do!”

The bus arrives, but another glitch—the unaccompanied minors (three red-head boys all together)—can’t travel without a chaperone. We all volunteer. The agent explains, “Official airline chaperone.” Soon a United baggage handler shows up—on Mother’s Day—to escort the boys to their father in Missoula. We can all leave.

“This is my first time driving this bus,” announces our bus driver who has also volunteered on a Sunday. We laugh. He’s joking, right? No, he’s not we realize as he grinds gears. I get the giggles. How will United explain to the press that this flight of passengers died on a highway in a bus?

Big Sky Country opens up to us with sightings of buffalo, antelope, osprey and plenty of snowflakes. We chat, sleep and begin to count osprey along the Clark Fork River. Almost there. Six and a half hours on a bus without heat because the driver doesn’t know how to turn it on.

We’re the only flight to arrive at Missoula Airport by bus. It’s chilly and I’m missing my phone to call the girls, to say “I’m alive! I’m here!” I guess I should have taken Dan’s phone. But who knew?

My husband pulls up and I’m taken aback. Todd drove over from Idaho to greet me at the airport at 10 a.m. He says,“I came over to surprise you. Now come on, we have dinner reservations!” Brunch has long passed.

Guess I surprised him instead.

My daughters and son-in-law greet me at their house with red tulips, Proseco and the biggest box of chocolates I’ve ever seen. Brianna cries and flees outside to smoke a cigarette. She hates to fly and after today, I doubt she ever will. 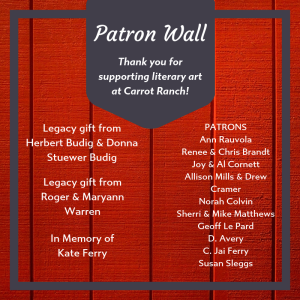