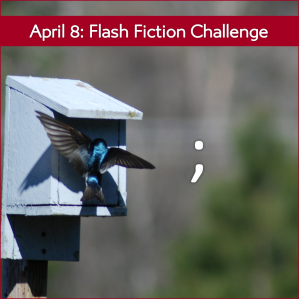 Everyone asked, “What will you do?” I didn’t know. I truly did not know. Five things happened in June of 2007 that would forever alter the course of my life.

First, my eldest graduated from high school. An empty nest begins with the flight of the first fledgling and its a gradual unwinding of carefully placed twigs and grasses that results in a heap at the base of the family tree. No matter how hopeful, fearful, excited or not, a parent is jarred by this transition. Just as others told me when my eldest was born, “Your life will never be the same.”

Then we were served a lawsuit. Since Easter of 2007, we had battled our county’s new Dangerous Dog Ordinance. Meant to protect citizens from snarling, snapping canines, the law had no due process. We found our dog accused of a crime we were uncertain he committed. Without an investigation, evidence or process, the county demanded we euthanize our dog. We demanded a day in court. In June, we got it. My knees buckled with fear. Were we doing the right thing?

As if to exacerbate our dog situation, I found my forever-dog in the unexpected ten-pup litter we had yapping about our yard in the middle of Suburbia, Minnesota. That was not okay with the neighbors (all the puppies), but the Dangerous Dog Ordinance made it difficult for us to find homes for these exuberant German Short-haired Pointer pups. And I fell in love with Bubbie like no other dog before or since.

Next, we refinanced our home. Those of you who know of the bank debacles might recognize the date. Rates were reducing, and we decided to “take advantage” and get a “better” loan. It was straightforward re-fi. And we were robbed. You expect robbers to wear masks and carry weapons; these crooks wore ties and wielded pens. From the signing, we knew something was off so we rescinded the loan the next day. But they already sold it a third time. Yes, they sold our mortgage three times in two days. Of course, they didn’t tell us and our paperwork ended up in an FBI file for all the good that did us.

While we were signing these fateful papers and giving away all of our equity to a drug dealer so he could launder his money legally, an old childhood friend appeared. She was bad news back in the day and she hadn’t changed. She was ingratiating herself into our lives, knowing my family estrangement, showering us with extravagant gifts. I won’t say anymore, but if you are writing a thriller, I can give you a plot line or two.

Sh** went down in June of 2007 and my life would never be the same. Five years later, all three children were gone; I had survived three court trials because a neighbor had run over another neighbor’s dog and let our dog take the blame; Bubbie was dead and my heart broken; we survived and escaped my scary-friend’s ill-intentions; and I was homeless.

Everyone who knew us, knew how hard we fought against the mortgage fraud and its aftermath. It was a surprise when we lost in court on a messed-up technicality. Even the Attorney General’s office personally called me. Our case had been vital. Now it was certain that the banks were gods; no matter how evil, they could do no wrong. My husband quit school (in that five years he lost his job and was in school for a new trade). He packed up the car and left, unable to face all we had lost in that time-span. I didn’t know where I’d go with two dogs that I refused to give up.

So, when everybody else saw an end, I did something different. To be sure, I placed periods after several sentences — I resigned from my job and several board positions; I sold most of my books and household belongings; and I fired my lawyer. But this was not the end of my story.

I inserted a semicolon; I renewed my life.

When asked what I was going to do, all I knew for certain were three things: tomorrow morning I’d see a new sunrise; my love for my husband and children was strong; and by God, I was going to finish a novel at long-last!

And that’s what I did. I was homeless for six months. Todd lived out of a motel room and I fit what was left of my belongings into a shared apartment bedroom. When I came out to Idaho we “camped” until we found Elmira Pond. Can you believe, that I never would have discovered this extraordinary place, nor this extraordinary capacity within me to write if I had not had that fateful month of June in 2007? Even this morning, I was treated to a three-act opera that was greater than any misery I walked through to get here.

It’s never the end. And that is the impetus behind nurturing your self and Project Semicolon, which exists to encourage, love and inspire. I first heard of this organization through blogger, Stephanie Neighbor, and it fits the #1000Speak April theme of nurturing.

As writers, we can nurture ourselves by writing into our truth and owning our stories. It’s tough, but it’s empowering. And when it feels tough, treat yourself like you would a beloved. My appreciation of beauty, birds and creativity stems from the balm such things are to my sore spots. Before you can help another, help yourself get up. No matter what happens, its not the end of your story; insert a semicolon and write another line. And another. And another.

April 8, 2015 prompt: In 99 words (no more, no less) write a renewal story that proclaims, “This isn’t the end; I will go on.” Think of the mythical phoenix that rises up from the ashes; of Cinderella after midnight on the night of the ball; of a hero that faces certain death; of love after tragedy; of renewing life’s lemonade transitions. Go where the prompt leads and own your story; the ones you’ve lived and the ones you imagine for fiction. Stand in solidarity with others to find the semicolons in life that chooses to nurture and not succumb.

Respond by April 14, 2015 to be included in the weekly compilation. Rules are here. All writers are welcome!

Aubrey couldn’t believe this was happening.

“Your honor, the defendant grows nightshade on her property. We have signed affidavits by neighbors.” The lawyer, squat as a toad, handed papers to the bailiff.

All evidence was against her. In the back of the courtroom Rhonda sat, her hand hiding a smile. It was her mother-in-law who died of poisoning. That night Aubrey decided to take the nightshade Rhonda had discovered in her yard. She walked barefoot and weeping under a full moon. Two nighthawks crossed the orb like ballerinas on stage.

No. She’d find a way to overcome Rhonda’s betrayal.

By Charli Mills in Flash Fiction Challenge on April 9, 2015.
← The Day the World Turned Brown Decoding the Writer’s Platform: Part 1 →