Fossils vary in size, composition and name. Old bones, for simplification. Yet there’s nothing simple about fossils — they’ve captured our imaginations ever since we could wonder, “what the heck is that.”

Fiction thrives in the realm of “what if,” and that’s where writers dug this week. Found fossils now fill the page with stories as diverse as old bones themselves.

The following is based on the August 17, 2016 prompt: In 99 words (no more, no less) write a story that features a fossil or uses the word in its variant forms (fossilize, dino bones, petrification, gastroliths, ichnofossils, etc.).

“What have you there, child?” The tall lady smiled at the little girl.

“It’s a curtsy miss.” She replied. It was black and shiny, shaped like a coiled snail.

“She means a curiosity,” said her companion, “They are found in the cliffs, no one knows what they are.”

“What are you going to do with it?” asked Jane.

“Take it to father, he sells them.”

“Will you sell it to me?” The girl nodded, shyly.

“But she is Anning’s daughter, he overcharged us for that cupboard.”

“But she isn’t overcharging me.” The coin changed hands and a legend began.

“Let me carry that!”

She’d appreciated the man’s assistance earlier, when the ticket machine regurgitated her last pound coin. But now she wondered if he were some dinosaur hunting damsels in distress.

He held out a segment of grey beef rock, marked like a ram’s horn. “One tiny ammonite in three hours!” His gaze embraced her clanking hoard. “You’ve obviously got the knack.”

Her body ached from tapping at the limestone. It was a long trek to the car with a heavy sack dragging on her shoulders.

“Thanks.” She’d always rebuff misogyny, but manners merited a smile.

“Weekend plans?” one coworker inquired, putting down her phone.

“You’ll look good with a tan,” came the voice of the oldest worker, suddenly in the doorway. Jess cringed as he walked by caressing the back of his forefinger along her dangling leg.

“Can’t take a compliment?” he challenged.

A Half-Excavated Fossil by Jeanne Lombardo

The whine of the drill got the orthopedist’s attention. He was chiseling a shard of bone from the patient’s hip while I worked at the neck where the dislocation was.

“What are you doing?” he said.

He stepped up, peered into the cavity where the spine rose from the tissue like a half-excavated fossil. “Why?” he said. “Wires work perfect for the fusion.”

“The plates will work better.”

He pivoted away, ripping off his gloves.

“Take me off the op note,” he said, striding towards the door. “I want nothing to do with this case.”

Fossil Etiquette: No Good for Modern Indignities by Paula Moyer

On days like this one, Jean felt like a fossil. Outside, a jumble of good manners from the 1960s and her brave, buck-up “good-woman” persona. Hand shaking, a murmur of thanks. Yesteryear’s tools weren’t relevant.

The root canal had exposed an unsalvageable tooth. The extraction proceeded with just a local.

“This site is easy!” the dentist insisted.

Jean’s eyes stayed shut. “Chunk” – her tooth broke mid-surgery. One root adhered to the gum. His thumb dug into her jaw as he pulled, a caveman attacking prey.

Dobbs took the boy to Merle Taylor. She knew him, knew his story. “Gifford Barnaby was mostly a good man,” she offered, “Tried anyways. Where’d he fall?”

“The boy said his father and Hinchey, the deputy, rode out to head off Caldwell’s rabble, a volley was exchanged, the Marshall fell mortally wounded. Hinchey was injured and barely escaped.”

“Left in the desert…”

Yes, thought Dobbs, human scavengers killed him, vultures chewed on the remains, leaving the bone to wither upon a millennium of bone.

“The way of it,” Dobbs concurred.

Fight or Fight by Jules Paige

There is an eerie absence of fossils in Pompeii. But there
are impressions of people and how they were buried by the
ash of Mount Vesuvius. I have walked those ancient roads.
I could have a relatives who once lived there…

Birds are supposed to be descendants of dinosaurs, through
DNA. Do I have anything from ancient humans? Perhaps
survival skills. You know that ‘flight or fight’ response – where
I fly from hurt, humiliation and loneliness and fight with a pen
and words to be heard.

How soon before my own grandchildren call me a fossil?
Perhaps lovingly, anyway.

The Classics: An Interactive Pawn Shop by Roger Shipp

I know, probably not the best place to take a group of seventh graders, But it was broad day-light. And truthfully, I felt more comfortable there than waiting in the decrepit Greyhound bus stop.

Its name intrigued me: Welcome, The Classics.

It was memory lane for me. For my students, it was museum.

A pay phone booth with pictures on the wall of 15 teenagers wedged inside.

A roll-top desk… a typewriter with erasable paper.

“Wow, Pop. This is better than T-Rex at the Smithsonian!”

Edna held up the object she dug out while tilling the garden. “Huh?”

“It’s a fossil, Edna. Probably remains from some dinosaur that roamed our yard a gazillion years ago.”

Ed carefully removed the 6-inch, claw-like object from Edna’s trembling hand. He nodded as he inspected it, gently laid it on the ground, then walked around the flowerbed looking for more evidence.

Edna picked it up, turned it over, and chipped away large clumps of baked dirt. She could barely make out markings underneath:

Senora thundered like a Tyrannosaurus through the classroom, her glares quieting even the most troublesome of her students. “Open your books to chapter twenty-three,” she instructed, staring them into compliance. “Who can tell me the meaning of the passage at the top of the page?”

None of the pupils met her gaze.

Cobb poured coffee for three and topped his with corn whiskey. “Gordon, you want a topper?”

The young man shook his head. Sarah noted Gordon’s slumped shoulders from across the campfire. She nodded thanks to Cobb when he handed her a cup. The journey on the trail was exhausting; only Cobb had vigor by nightfall. The fire crackled and none spoke. Gordon pulled a stone from his pocket, twirling it in his hand.

“Was Mama’s. An elephant tooth she found.”

“Elephant? Did she bring it from Africa?”

“No, Miss Sarah, she found it in Georgia.”

She scratched at the surface tentatively at first, all senses keened, certain of imminent success. She’d uncovered bones here before. Usually one meant there’d be more. All it required was patience and persistence. Suddenly she contacted something more solid than the surrounding earth. She froze. Then exhaled. Could this be the object of her search? Frantically she scraped away the surrounding soil, exposing her find. She stepped back momentarily, assessing it, assuring herself it was real. Then with one final swoop, she removed the bone as carefully and proudly as any paleontologist would a dinosaur bone. “Woof!”

In the Name of Experience by Geoff Le Pard

‘I thought about Jerry Slade today.’

‘That’s the one. We had this teacher -Mr Fossick – called him the Fossil, he was ancient. He was great, never took himself too seriously but we knew when to behave.’

‘He surprised us all the time.’

‘Today I surprised this trainee; I knew stuff he thought me too old to know.’

‘Makes you realise how easy we pigeonhole people whether their age or whatever.’

‘I wonder what the youngsters call you?’

‘Not your personality then?’

They Used to Call Me Fossil by Drew Sheldon

Fossil, I remember when they stopped calling me by that name. I never minded it. It was their way of letting me know I was part of the gang despite being several years older than most of the guys. It seems they found that name disrespectful after I supposedly saved their lives. I’ve never been sure I saved any lives. I only know about that one life I took, the man everyone says was going to kill a lot of us. They called me a hero. I wish I could’ve let them keep thinking of me as a fossil.

Covering up with Theory by Elliott Lyngreen

as a great lethargic struggle… filtering religiously quite identically, dinosaurs were rising heads, passively nipping mighty trees and surface dragon stories in one man’s old oak groves; who went out with bare gnarled knuckles to wrestle mighty mammoth and harmlessly feast, bring the round fire, wonder, catching sassafras root that soothes ancestors bones which became flutes; and then hyoids called nature… Media claims a stone, a gem domino and rolled the fossils and prime us for the rage to slam into each mosh pit stain pavement in rebellion that marches like realigned volcanic skyline, cosmic shot, was fiction too.

History Within by Ann Edall Robson

I have been around for millions of years. I am elusive to some, over baring to others. I settle in places. Take my leave when I must. My pallor will often reflect my surroundings, but mostly I am pale. A striking contrast to the bluest sky and rock strewn mountain meadows.

I may not be considered a fossil in the broad sense of the word, but I hold history within me. Stories of evolving life. Creating our world. Little known tidbits and facts discovered by chance. From my soul comes existence. A being that only a Glacier can spawn.

Digging Up Bones by Charli Mills (from Miracle of Ducks)

Michael held up the polished stone to the lamp light. “Is it a type of agate?”

Danni leaned in to look at the piece. “Uh-huh. Agatized dino dung from Utah.” Michael quickly set the stone back down on the bookcase.

Danni walked away to the kitchen. “Come on, speak your mind Michael. I know you aren’t pissed about me having petrified poop.” She watched him glare at her displays. Danni had her ethics and collected art, not artifacts. An archeologist knew the difference.

Finally he said, “I never should have let Ike marry a bone digger.”

This week Carrot Ranch has selected one of these 15 writers by random drawing to receive a fossil of sorts: petrified wood from central Washington in the US. Writers, get your virtual tickets…

And the winner is….

Back to the drum roll (imagine it)…

and our winner is… 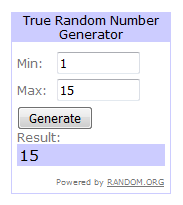