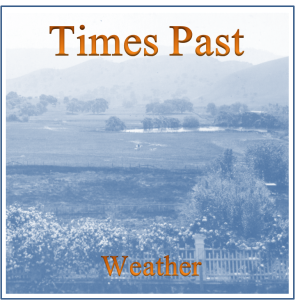 Wind howls across the high mountain desert of Gallup and rocks my RV with a steady wave-like rhythm. I’ve heard the joke several times already from locals: spring arrives, depositing Arizona in New Mexico. With the airborne sand, I do believe it’s from across the state-line to the west. It’s so gusty here, highways post windsocks to warn of cross-winds that can tumble a semi or RV. For now, we’re rocking while stationary.

It’s more than windy today at the ranch. I thought I scheduled a guest for the series Raw Literature, checked the calendar and see that I scheduled next week! In the midst of a move and a break-down, it’s just another hiccup. I’m fond of lemonade so today’s scheduling lemons gave me opportunity to participate in Irene Water’s fascinating memoir prompt, Weather: Times Past. What’s unique about her prompt is the collection of data based on memory, generation, region and urban or rural proximity. Participants and readers get to compare experiences. It’s open to anyone, and as is the case with most responses to prompts, this is a piece of raw writing.

The old Californios Ranchos sat inland from the coast where fog creeps in by night and burns off by mid-morning. This region is home to cattle ranching, centuries old. Before there was California, there were the Land Grant holdings of Mexico and the original Missions of Spain. Weather didn’t change ownership; gold did. When Sutter discovered a gold nugget at his lumber mill, the (18)49ers poured into the region, and the US claimed it as a state: California.

To the ranchos, a change of hands didn’t mean a change in work. The miners needed to eat, and the ranches provided beef.

Some men came to mine, others to set up businesses. My family came to ranch, raising cattle, apricots, turkeys, hay or managing ranches. One grandfather was the foreman for an original rancho and another bought it after making his wealth by turning his ranch into a golf course. For generations, both the men and women in my family rode in the San Benito Horse Show & Rodeo. I even won several trophies for horse showing and one for goat tying, all before I was of an age to go to school.

This is buckaroo country — a culture unique to the Californios influence of the Ranchos style of ranching and horsemanship. And like any agricultural community, it’s always focused on the weather. In rural California, dry spells could turn into years long droughts, and rain could flood the dry river beds. It was a deluge-fueled flood that first caught my attention in regards to weather, and it was so severe, it cut off ranches from communities. One of my earliest recollections is standing with my parents on one side of a raging torrent of water as my grandparents stood on the other side. That memory has transfixed a fascination and horror of floods.

Many more times I would stand over flooded rivers in other states, drawn to relive the earliest memory of how water could swell so vast and swift, muddy and full of churning debris. Such has been the weather cycle in California and I wonder how the earliest ranchos managed. And that is how I begin raw thoughts for historical fiction. The confluence of memory and history and curiosity.

So I will end with a trio of flash fiction (at this rancho, its always 99 words, no more, no less) based on where my thoughts led me.

The Bad Dream of a Californios Girl

Maria gasped in the dark, feeling her Aunt Tessa’s hands. “I’m awake, Tia.” Outside, she heard rain splatter against the hacienda’s shutters. She shivered.

“Maria, I’ve fixed of a cup of cocoa.” Her aunt lit the hurricane lamp and Maria saw the steaming cup sitting on the small table by the window. Her aunt had fixed her cocoa five years ago when she escaped across the flooded arroyo. The flood that swept away her parents.

The Only Path Left

Father Sean Kincaid, nudged the mare to press forward in the rain and sopping ground. He’d experienced thunderstorms back in Missouri, but this was different. God Almighty had forged a sky river the first 12 days of 1851. Hadn’t scripture promised an end to God’s flooding wrath?

The bridge he’d crossed earlier was gone. Not a splinter remained. Sean’s chest tightened. On the other side was his parish church. Behind him was Rancho Santa Ana he had failed to reach because of a landslide. He looked up. Not to God, but to the steep incline he’d have to traverse.

Capitan reared and snorted. The stallion charged his herd, pushing mares back, away from the river overflowing its banks on both sides. A deadly lake, pooling in the moonlight, eroding pasture. Capitan whinnied, turning on any horse who tried to bolt in fear.

“Damn stud save them mares,” Joe said, over coffee. The old ranch-hands gathered after mass at Kincaid’s Cantina.

Patty poured toppers. “Unlikely? As unlikely as your sons serving in the Pacific?”

Corey flushed at the chuckles. Their sons were Marines. Good horse-sense meant survival.