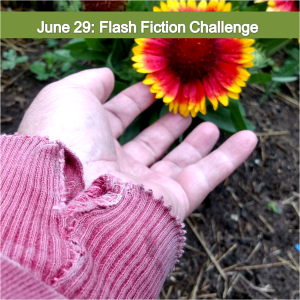 Lake Gitchi Gumee erodes the shore wave by endless wave. Ringed-bill lake gulls careen wide circles, wings spread. A loon trills from water so vast as to hide the fowl rolling in waves, but occasionally the sun slants just so, and a loon appears to be fast-paddling like a vessel full of rowers all in sync. The land giving way to water is part of the synchronization of the whole mass, a geological cycle that refuses to conform to state park boundaries or nostalgic memories of generational Kumbaya campfire singers.

Bit by bit I have frayed.

No one beach facing the endless waves maintains its original shoreline. Was it ever original? Maybe it’s just a memory of what was compared to now what is. When you visited the shore as a child, it’s not the same shoreline you visit as an adult. You are not the same, either. Yet mainstream media sells us on an ideal of “anti-aging.” It’s ridiculous. You only stop aging the day you die and even then you molder. Who I am now is not who I was a year ago.

When I packed for camping I thought at worst it would be until September. I grabbed two pairs of jeans, four t-shirts, a flannel and a sweatshirt. Wisely, I brought all my underclothes. Two pairs of Keens, my good turquoise pair and my ratty hiking ones, seemed enough shoes. I had to buy socks when it turned cold (even Mars slips away from the sun). A small wardrobe is like a sandy hill over the Great Lake, use after use, launder after launder, all fades and frays.

Internally I cracked before the storm ever began. Like a cowardly fisherman confronted with the weather report, I retreated. No way, give me some warm slippers, a comfy couch and popcorn; I’ll sit this one out. Like any hero’s journey, I refused the call. A year later when I should be due some elixir, I’m still stunned I made the journey. We intended to head to Michigan last year, to go to Rock Creek and Kansas along the way, to meet up with friends and family. But our vessel leaked and our path wandered.

We shipwrecked on Mars, broke-down in Gallup among the Great Indian Nations. How does one remain the same after endless waves?

And yet a beach is still a beach. A cliff recedes and still remains a cliff. I listen to the waves and the occasional tremolo of the loons, recognizing I am yet who I am, and I am becoming who I will be. Where does one’s energy go after the body fails? Ideas, emotions, intellect cannot simply dissipate. Sit still long enough and you can feel the impression of a place left by others. You can feel it in your own DNA. Did  I ever have a grandmother dance wildly in Mali? Can I still see the highlands my Scots grandmothers left? Does Danish hygge offer me the comfort of grandmothers before me? Does my rebellious Basque grandmother still rise in me?

Lacking any Native American DNA, I also lack the blood of conquerors — I’m not Spanish, French or English, but I’m many cultures dominated by the three. My ancestors were chained to the galleons, endentured after lost battles, and endured hardships of famine and loss. It’s without a doubt my ancestors were always striving, reaching to pluck the promised fruit, the fabled gold pavers. Luckless? I don’t believe in it. Hard-working? Without a doubt. Stubborn? Just a wee bit.

I ponder these things as my frayed edges catch in the breeze. Soon it will be Independence Day and I no longer know what that means to me. Gallup was patriotic. The town served in military wars despite the injustices its communities suffered. They were proud to serve America, united. Here, in the wilderness of a copper country in the Michigan U.P., the least skilled of the immigrant copper miners remain — the White Finns. They are patriotic in skewed ways — believing the cities are breeding terrorists, and that Trump is their savior, many turn to fundamentalism and patriotism in ways I find strange. They are frayed and wanting a mender.

Here beats the heart of America who has failed to examine her social injustices and buries it beneath a false image of greatness-returning. And one of the top universities in the nation thrives here, a holdover from its origins in 1885 as a mining technology institution. Now it is an engineering beacon with a majority of its students international. Professors, students and those who’ve built engineering firms in the beauty they found while at school create a vibrant yin to the yang of what remains.

Not to dismiss what remains of the mining culture. They are no different from my own rural roots. Hardworking and stubborn folks who believe they’ll get ahead, but generation after generation they work to pull wealth from the ground for others. They turn a fierce faith to God and get a jump on the judgement they believe is coming. Apostolic Lutherans. Firstborn Laestadians. Not my kin or kindred spirits, but I recognize the determination to not fray.

Thus I give in to the fraying.

I don’t want this year to harden me. I don’t want to become poured cement to prevent change, or fear the erosion, the synchronicity of wearing down, energy against energy. I want to lift my wrists to the wind and let the frayed cuffs of my sweatshirt fly, release my frayed soul to life yet to be and accept a new weave, one the wind might direct or the waves carve. I note the heart at my cuff and know good things come out of unraveling. It’s our fear of change of going through hard processes that convince us the garment must be tossed and proper seams displayed. I have become the fray. And who knows what is coming next.

Carrot Ranch has finally come to a resting juncture. A few internet hiccups, rectified as of today. Know there are still places where hot spots and boosters do not work. Even Mars and Elmira Pond had better receptivity. I’m now connected, and Operation Stabilization has officially commenced today. We met with a true advocate at the U.P. Vet Center, an energetic female Captain (Airborne, too) who has no problem understanding or reaching Sgt. Mills (Airborne Ranger). Another counselor I met a few days ago also works with vets and understands their filters which gave me peace through validation.

I’ve not been here long, but already I have a community and the support of my grown kids (Rock Climber is now living in Svolbard, Norway and the other two and partners are up nort’ here, ay). I’m most grateful to the community who has traversed this year with me or has fearlessly joined up during the crazy trail ride.

This is a safe space to craft, draft and connect. Come as you are, write as you are and let your frayed edges fly. Let’s get the saddle show started this week — writers on your mark…get set…go…!

June 29, 2017 prompt: In 99 words (no more, no less) write a story about something frayed. It could be fabric, like a flag or garment. It could also be nerves or temper. What is it to be frayed?

Respond by July 4, 2017 to be included in the compilation (published July 5). Rules are here. All writers are welcome!

“I heard her husband led the Palmetto Guard.”

“He murdered free-staters on raids.”

Mary McCanles walked bare-headed through the crowd with her basket, ignoring the fine women in stiff bonnets deep enough to hide wrinkles and scowls.

She settled on the quilt her daughter Lizza spread. A gray-haired woman herself, Lizza smiled broadly and attended several Otoe-Missouri papooses. Though frayed, it was Mary’s treasured marriage quilt.

“You are good with them, Daughter.”  Mary dared anyone say anything to Lizza. Born a blue baby, she was often ridiculed. Not today.

By Charli Mills in Flash Fiction Challenge on June 30, 2017.
← Dreaming Frayed at the Edges →