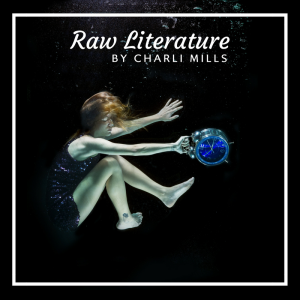 I’m like an eagle standing on the ice. The thaw is near enough that I can hear the trout beneath claws designed to grab what I need — words like trout populate the pond of my stories. So close. So close.

But the words I wrote populated pages requested by clients. Nothing creative. Nothing literary. I interview board members and vendors. Such as the ice-cream maker who explained the moment she realized sugar was killing her husband. It was Valentine’s Day and she returned home with a box of chocolate. He loved his chocolates and Mountain Dew. But on that day he met his wife at the door, he told her he had diabetes.

This client told me her story and how years later she still has that unopened box of chocolates in her kitchen cupboard. Her husband stuck to a life-changing diet until he told his wife if he had to give up ice-cream he didn’t think he could stick to it. They were chemists and turned their kitchen into a working laboratory until they created a satisfying, sugar-free, dairy-free, whole-ingredients, plant-based ice-cream.

The secret to their company’s success? They made their mission fun. They were the eagles who broke through the ice and found the pond swimming with all the trout the would need.

I was that eagle on the ice trying to figure out how to break through after my second run at NaNoWriMo in 2013. For 22 years I had been writing for businesses and organizations, writing features, local profiles, and columns. I was a professional writer, a marketing communications manager with a thick freelancing portfolio, but I faced the ice — I wanted to write creatively; I wanted to spread my wings and be a literary writer.

After reflecting, as I do every turn of the year, I felt ready to make the literary leap. But how? I knew I could address writers with my professional experience and share business skills and marketing communication strategies. And that was the first stab I took as the eagle on the ice — Tips for Writers: By What Authority. One person read it. I thought of attracting readers through Ranch Recipes after all my writing beat had been local food systems — artisan cheese-makers, food-justice advocates, and chemists-turned-ice-cream-makers.

No, it was time to take the full literary plunge and it had to be fun.

Anyone who has been writing since the 1990s likely knows who Julia Cameron is — she wrote The Artist’s Way. She is someone who shares my love of Joseph Campbell’s work (especially the hero’s journey), reminding me to follow my bliss just as the creator’s of healthy ice-cream followed theirs. Her method includes daily free-writing, a practice that silences the inner critic. After all, we want to play with our bliss, not analyze it into an early demise.

The other part of her method includes a weekly activity to “fill the well.” She writes:

Art is an image-using system. In order to create, we draw from our inner well. This inner well, an artistic reservoir, is ideally like a well-stocked trout pond. We’ve got big fish, little fish, fat fish, skinny fish– an abundance of artistic fish to fry. As artists, we must realize that we have to maintain this artistic ecosystem.

If we don’t give some attention to upkeep, our well is apt to become depleted, stagnant, or blocked. Any extended period of piece of work draws heavily on our artistic well.

As artists we must learn to be self-nourishing. We must become alert enough to consciously replenish our creative resources as we draw on them– to restock the trout pond, so to speak. I call this process filling the well. (From The Artist’s Way, posted at Julia Cameron Live.)

Understanding that the well is filled with the art — and raw literature — of others, and that creativity is a tribal experience, I sought to make Carrot Ranch a playground for writers. Flash fiction would be the game we played. Nearly four years ago on February 13, 2014, I wrote my first Weekly Flash Fiction Challenge:

Word prompts continue to make for enjoyable practice. Practice makes for better craft, of course, but it also can be freeing. If it’s just “practice” then the writer can leave behind her critic or his editor, and just do the one thing we all want to do–write.

Take a break to have fun, and you just might return to your work renewed with playful creativity. I’m looking for some writers to play with once a week. The game is flash-fiction and each week will have it’s own prompt. Only 99 words, so not a big commitment. You can even develop a blog post around your submission and meet other writers–poets, bloggers, authors, j-students, teachers. If you write you are invited to play. Nothing serious; it’s just practice.

In other words, I had played with raw literature in mind from the beginning. I had no tribe. I trusted the ice would give and trout would be plentiful beneath. I trusted that if I sought the well every week, other seekers would show up. The first to do was was Norah Colvin. Norah’s first words to me ever were: “Powerful. Sad. Unjust. Distressing. Hateful.” I’m not sure those are the attribute of a strong friendship, but she trusted the space to leave a meaningful comment.  And she later returned with her own flash fiction.

We all improved our responses. Practice with any art or skill results in breakthroughs. But the greatest breakthroughs came in recognizing the power of the tribe. I’ve never grown tired of what the well reveals each week. I can’t predict it. But I know it’s going to be powerful.

From our earliest attempts at Raw Literature, our tribe became the Rough Writers. We’ve grown and taken on more Friends as writers also seek the well at Carrot Ranch. We are now a literary community and have debuted an anthology based on our earliest 99 words. We launch our book on February 4 with a live Facebook Event on February 4 from 11:00-11:20 am (EST, same as New York City). Like our flash fiction, it will be quick, inspiring and celebratory of the tribe.

On Monday, February 5, Geoff Le Pard will kick off a Rough Writers Around the World Tour. Every Monday will be in a different country with a different Rough Writer. February’s line-up includes:

This is what one reviewer has to say about The Congress of Rough Writers Flash Fiction Anthology Vol. 1:

“A fascinating book packed with bright ideas and worthwhile material. I was greatly entertained by the stories and essays and so taken with the idea that I thought I would give it a go with a 99-word review.

Stories of ninety-nine words, no more, no less, little gems from the Rough Writers of the Carrot Ranch. Like wild flowers in an early morning meadow glistening with dew and I, a butterfly or bee, flitting from bloom to bloom, immersing myself in a kaleidoscope of experiences which pass through my mind like an ever-changing dreamscape. Stories of love and loss, victory and defeat, struggle and gain from the pens of talented authors with backgrounds as diverse as their stories. A brilliant idea that has created an astounding anthology, one that you will return to time and again.” Charles Remington, Readers’ Favorite 5-Star Review

You might think that a 5-star review from an independent source before a book has officially launched is tops. But it’s the fact that the reviewer found the well and was inspired to write his own 99-word story. That’s the beauty of the Ranch — a deep and open well for all who seek.

The eagle has plunged through the ice. 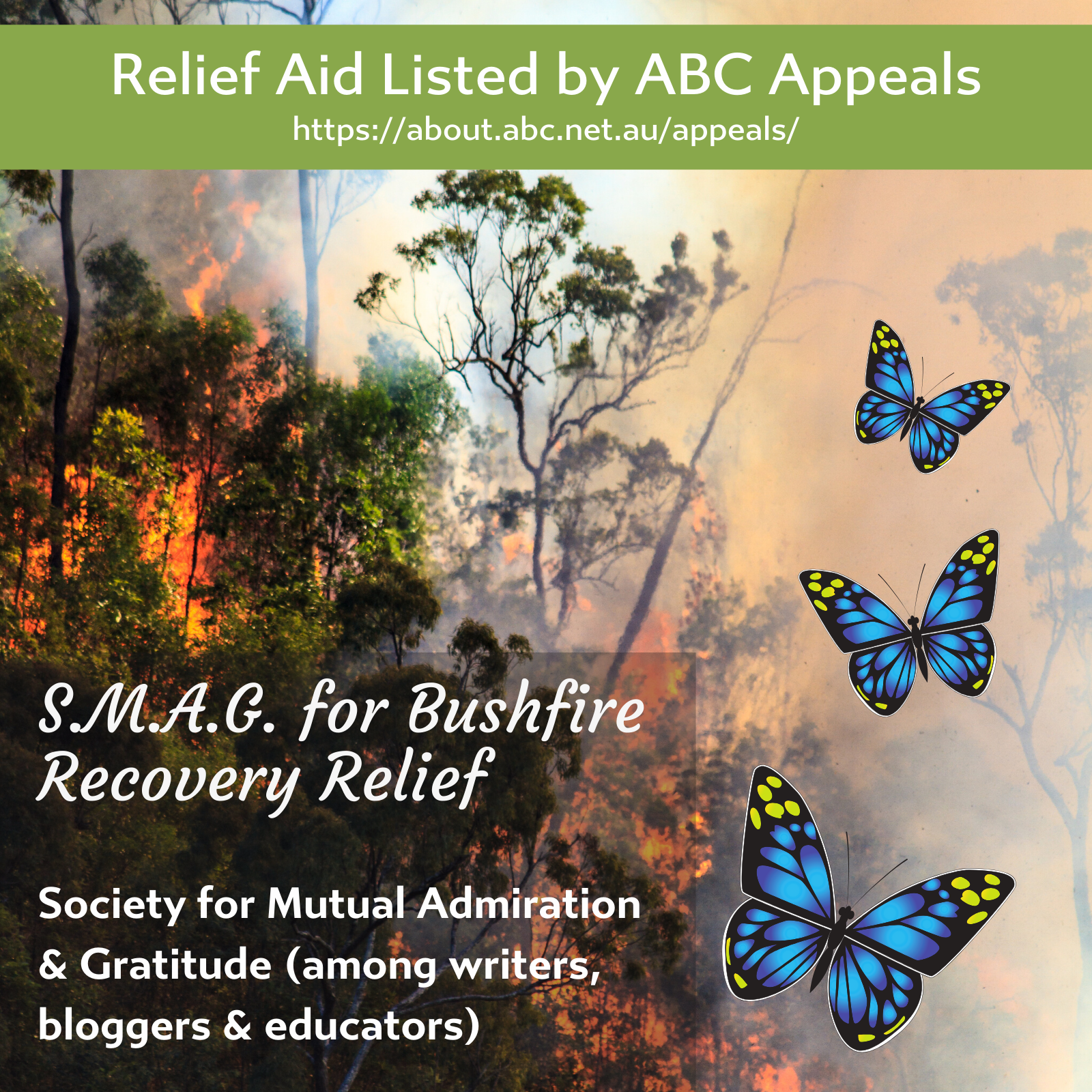 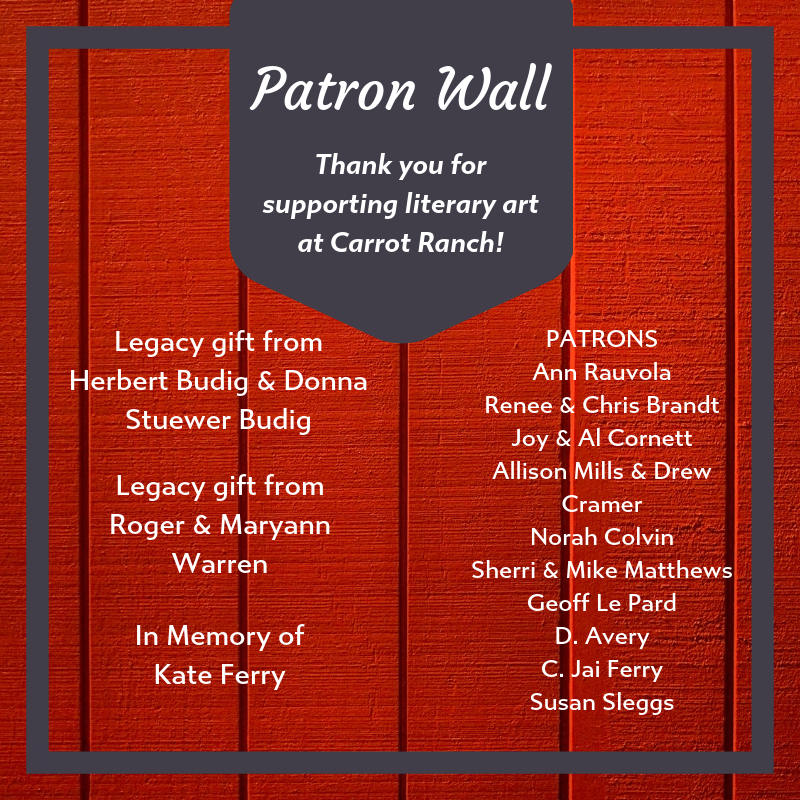 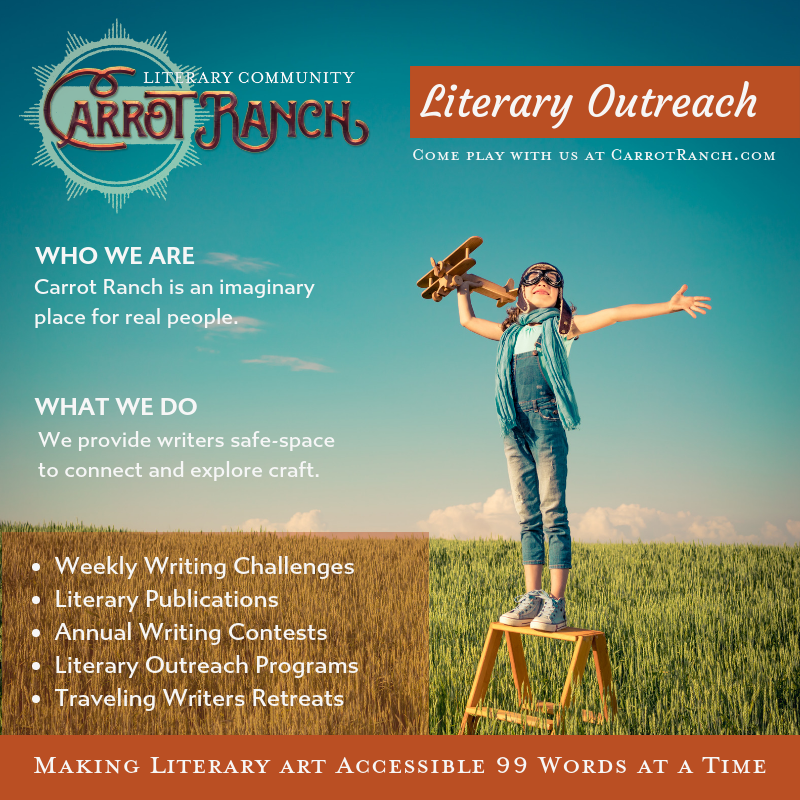 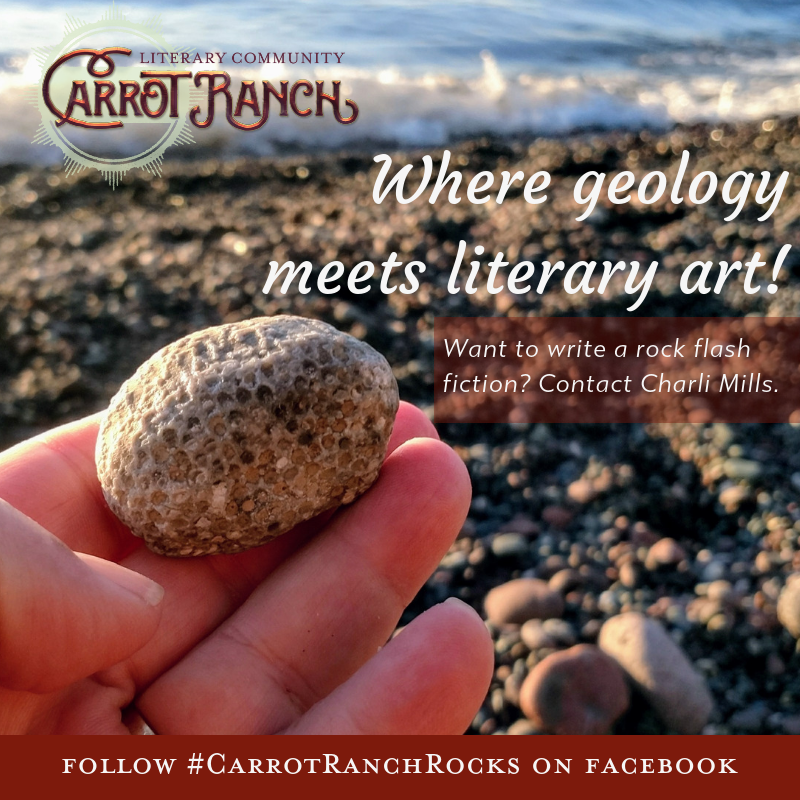 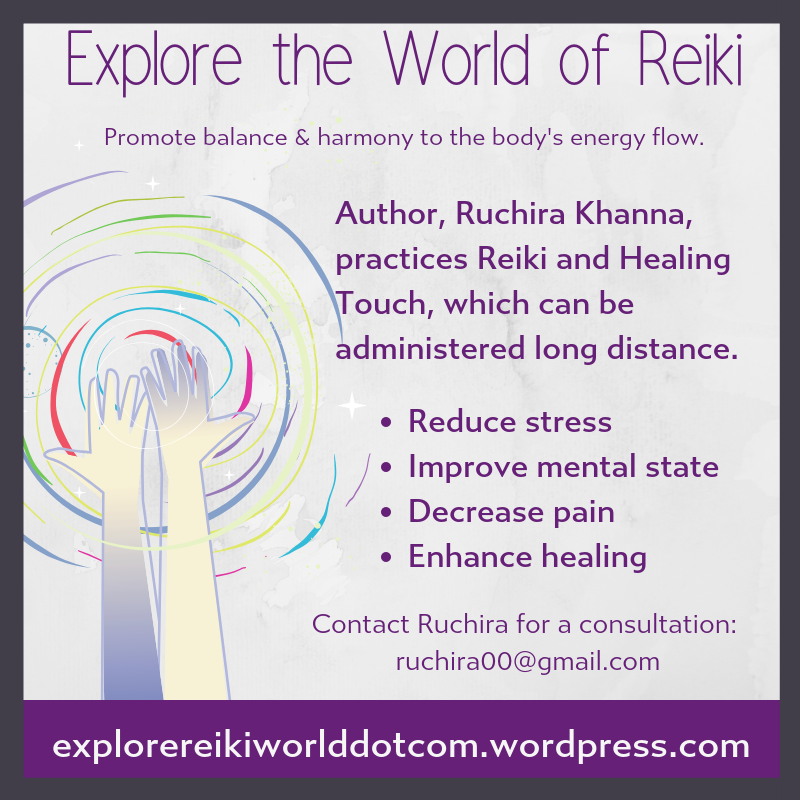 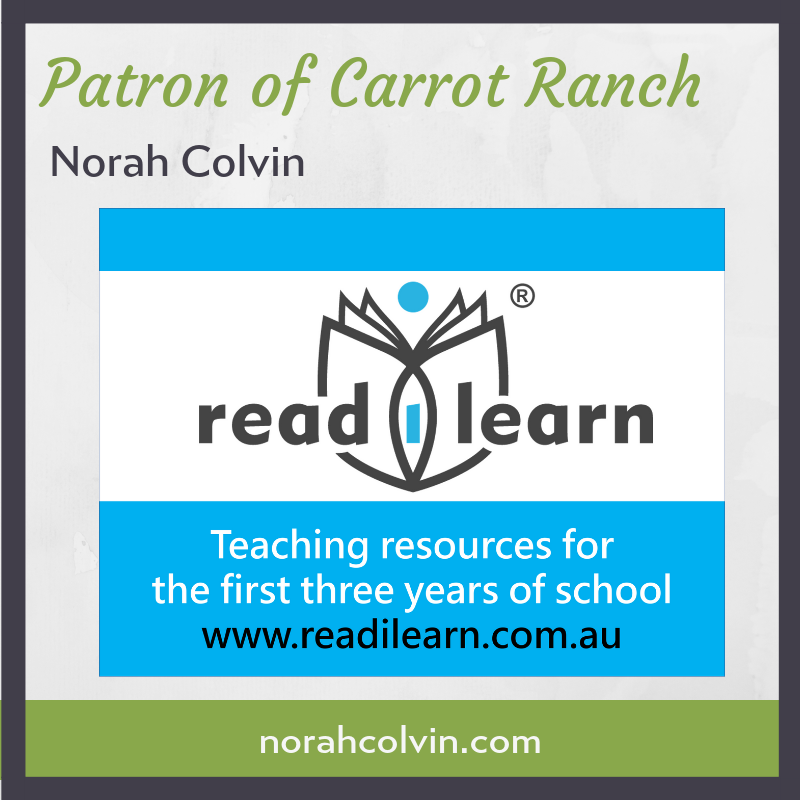 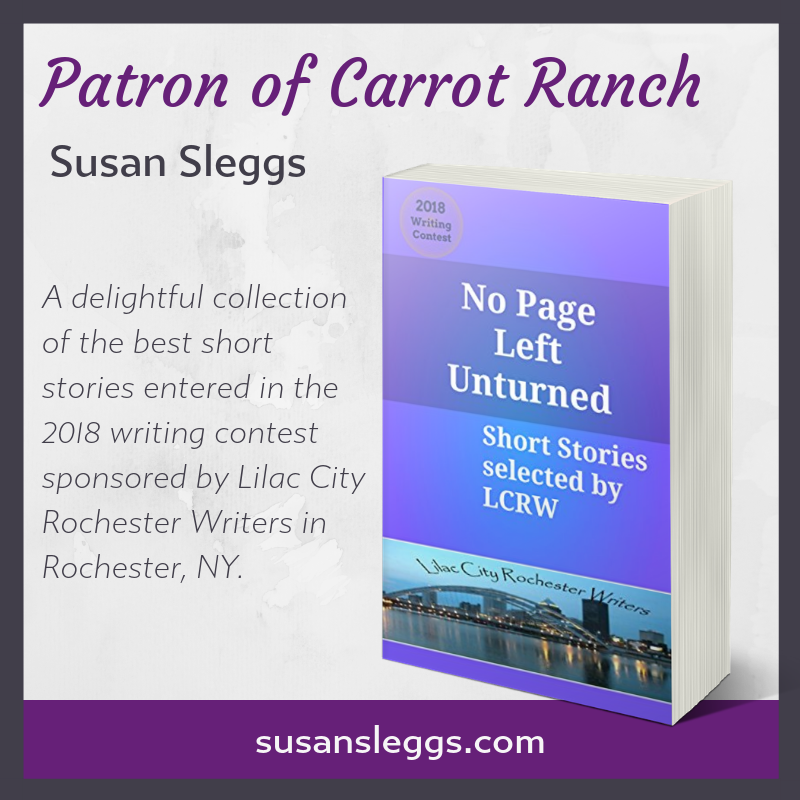 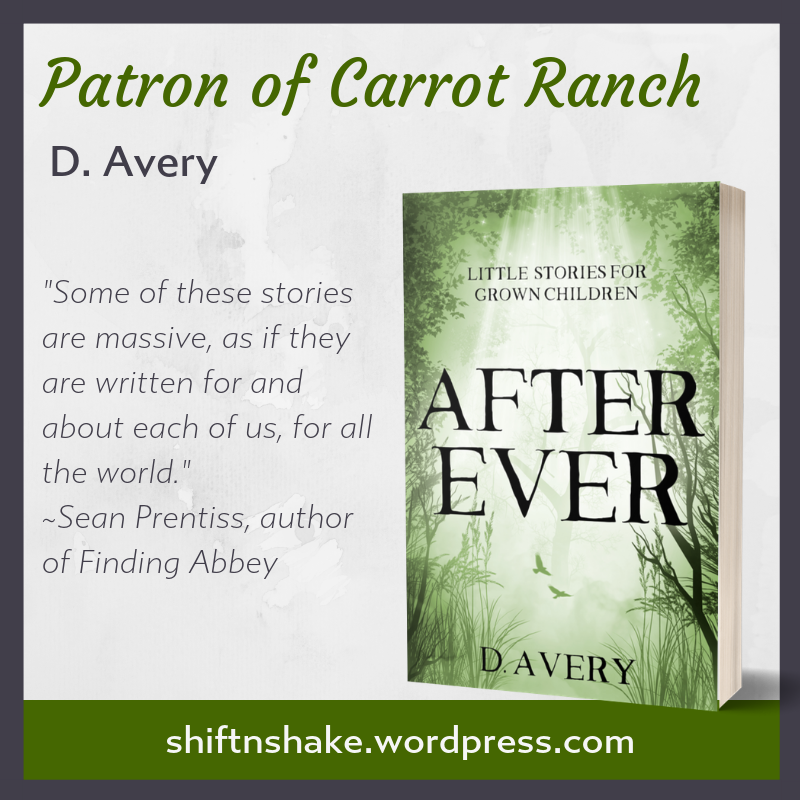 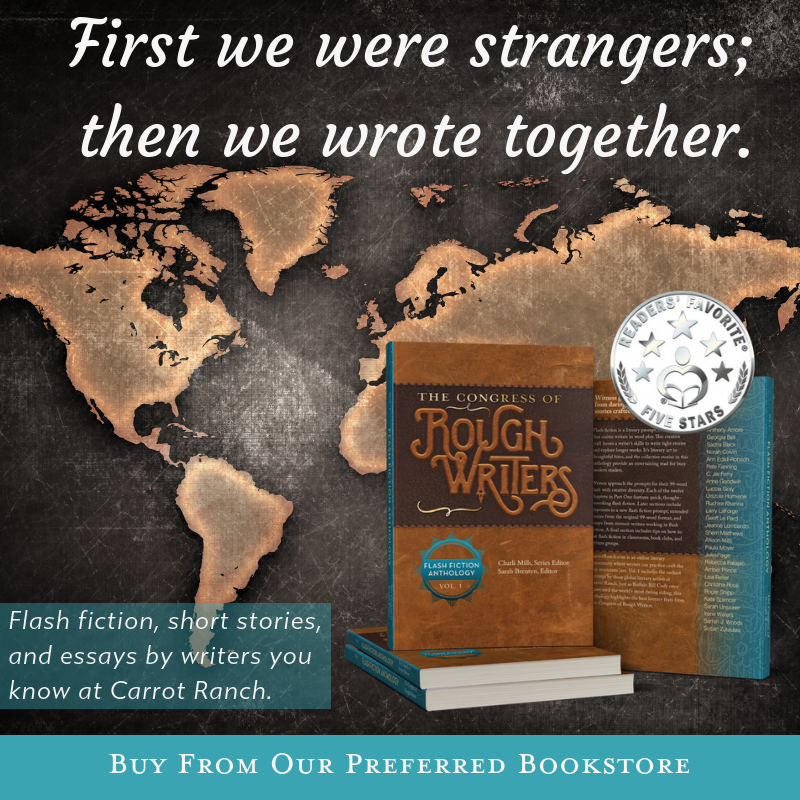 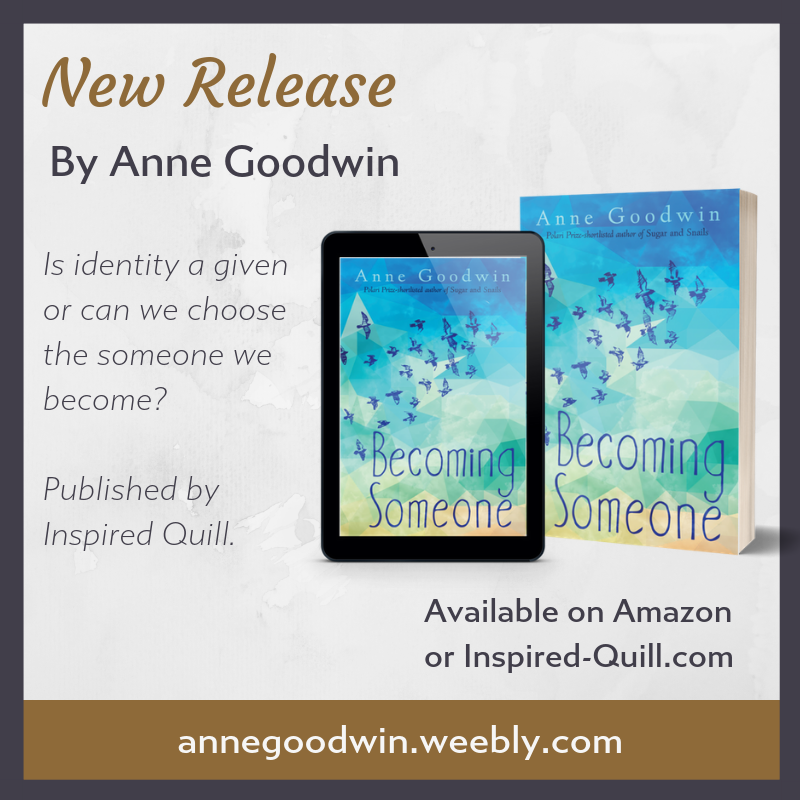 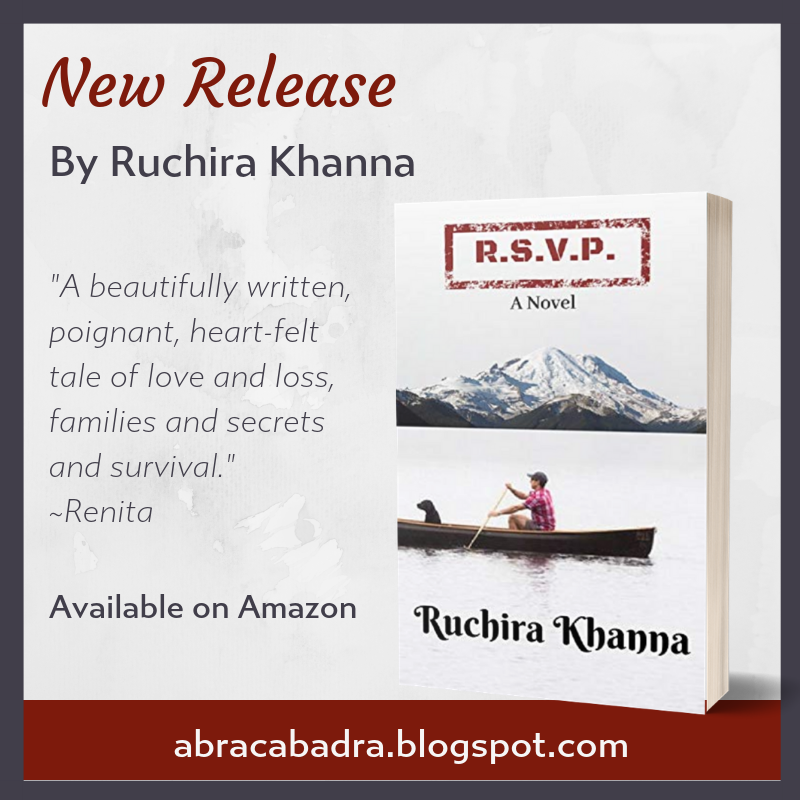 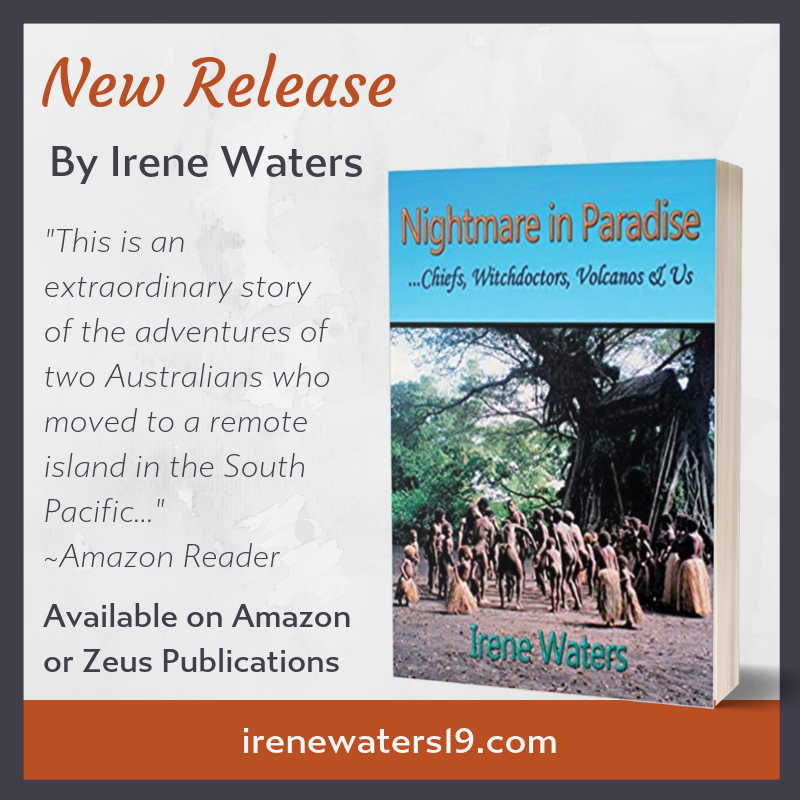 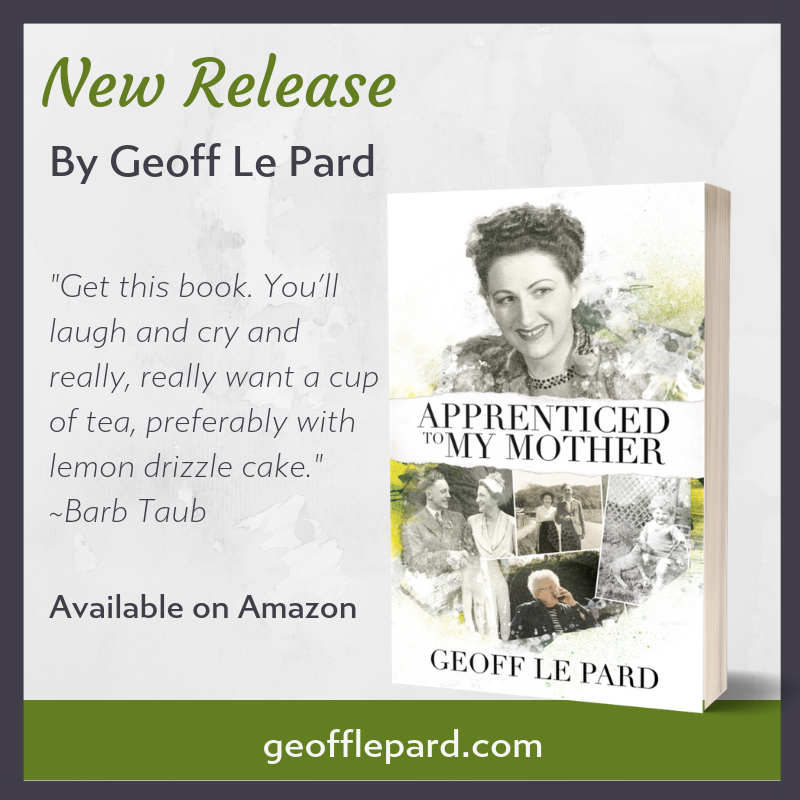 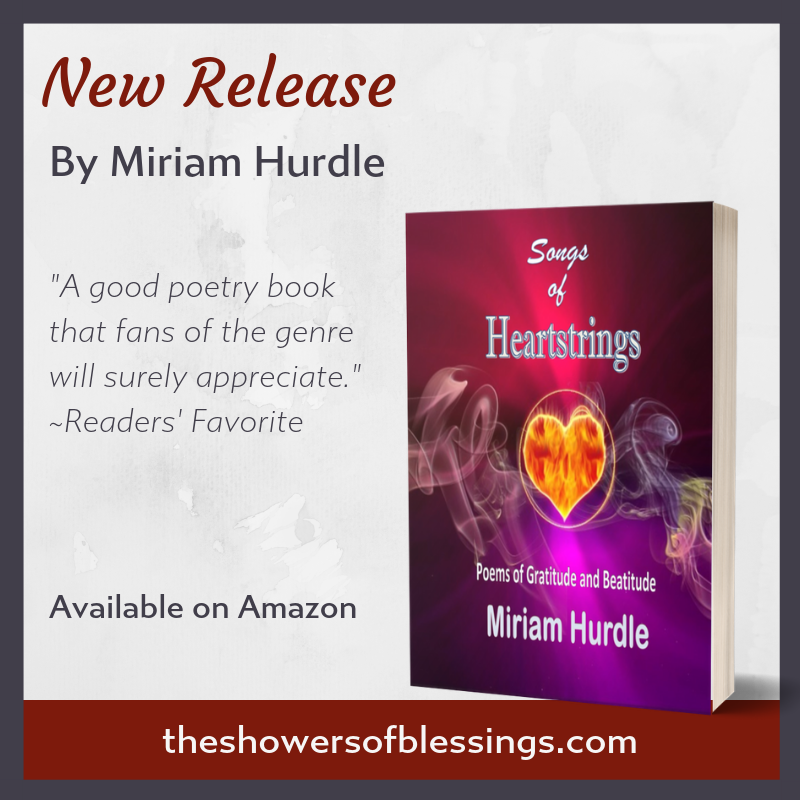 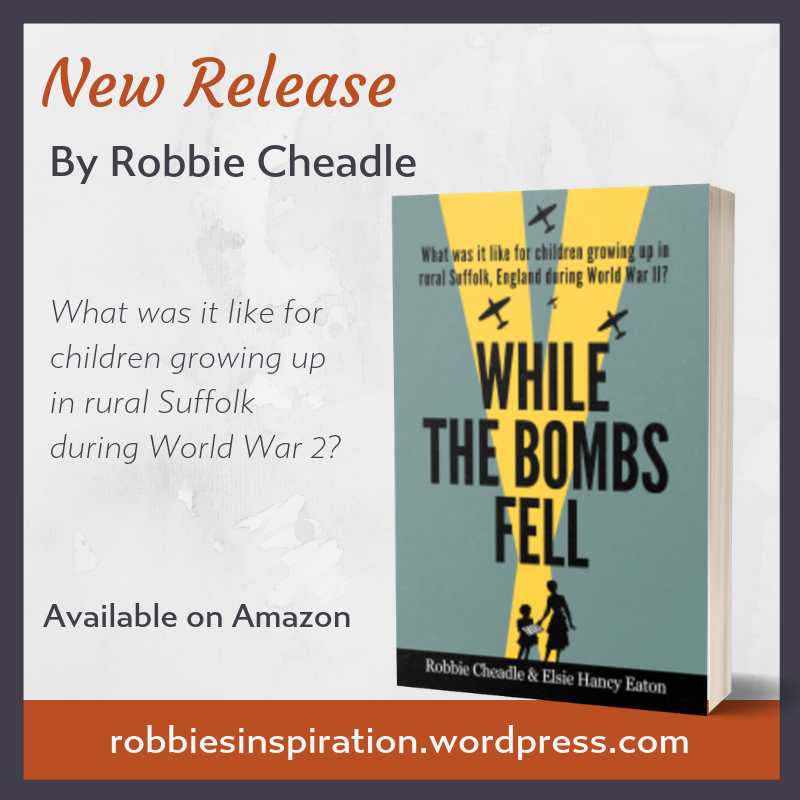 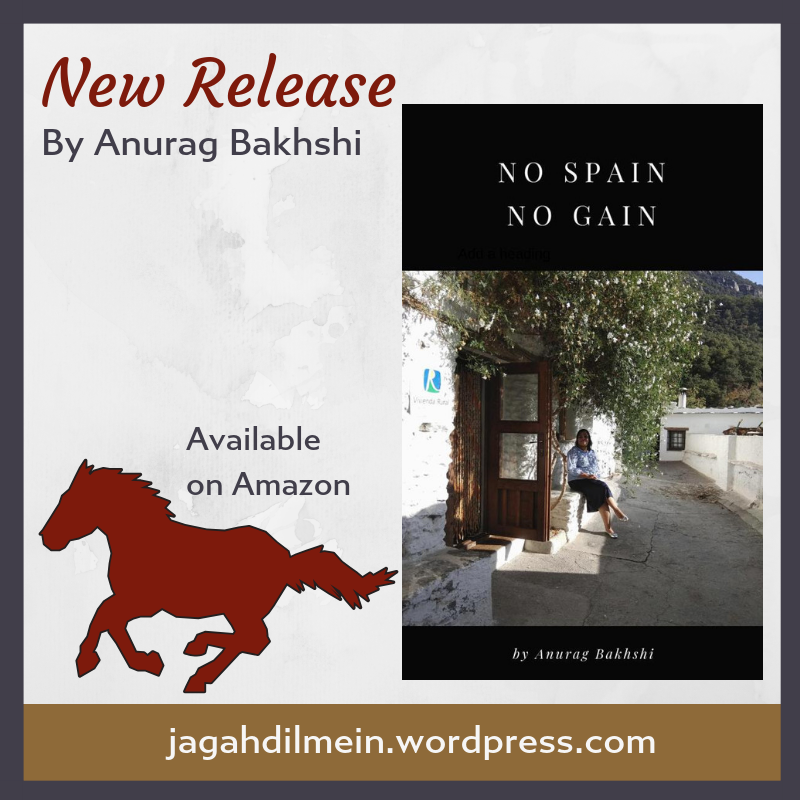