Raw Literature: Asperger’s, Voice and the Search for Identity 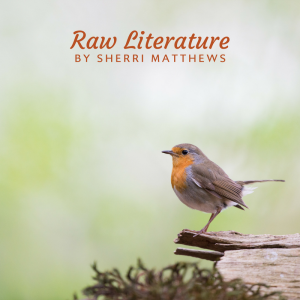 The first few pages of the children’s book, ‘Are you my Mother?’, both captivated and troubled me as a girl. The story tells of a baby bird who hatches while his mother is away from the nest looking for food.  The hatchling flies the nest to look for her, but he has no idea what either he nor his mother, looks like.  He asks everything from a kitten to a boat, ‘Are you my mother?’, but to no avail.  Then he starts to cry.

Thankfully, unlike the baby bird, I didn’t have to search for my mother. But I questioned my identity when, after my parent’s divorced and I no longer lived with my dad,  I was told to use my stepfather’s surname. In 1970’s Britain, I was the only one of my friends from a so-called broken home; I understood it was to save face, but I didn’t like it.

At sixteen I determinedly and proudly took back my family birth name.

A year later, married to an American and living in California as a ‘Resident Alien’, I embraced my new home as ‘mom’ to my children and nurtured my family’s cultural split personality. I reminded them often of the great gift they held as dual American and British citizens.

Their father, however, came from a family who vehemently disputed their roots, albeit good humour.  Mostly.  Some said Greek, others Spanish and Mexican. Their family arguments baffled me; they were all born and bred in America, so didn’t that make them, well, American?  But the family discussions rumbled on for decades, with no resolve.

It made me think more deeply about my British heritage.  My paternal grandmother was Irish, but I never laid any claim to being remotely Irish.  I have no family there (Nana died when I was six) and have never been there (but would love to). So far as I was concerned, I was born in England, grew up in England, so I’m English, right?

Then my youngest recently took a DNA test and surprised us all.  Spanish and English was no surprise, but there was no Greek or Mexican.  There was, however, a high percentage of Native American (father’s side) and Norwegian (my side).  The results raised more questions than it answered, but at least I now know why I’ve always wanted to visit the fjords.

But for my youngest, diagnosed seven years ago at eighteen with Asperger’s Syndrome (high functioning Autistic Spectrum Disorder), the search for identity has nothing to do with DNA or citizenship. It is a constant and acute awareness of being different from the world around you no matter what you look like or call yourself or where you live.

My Aspie describes it like, ‘Living in a town where everyone speaks a different language and you can’t understand what they’re saying.’  The unremitting internal reminder of feeling like an alien takes an exhausting toll, which leads to anxiety, depression and eventual social avoidance.

When I started my blog in 2013, I didn’t think it would be much more than an online diary about my writing progress to publication, but I hadn’t been blogging more than a few months when, out of a growing passion to better express what family life is really like for and with an Aspie, I wrote a post about it.

I had barely fifty followers and a few ‘likes’ when I wrote The Love of Animals and Asperger’s Syndrome, but five years on, this post receives almost daily visits, more than any other post I’ve written since.  I am moved by the stories other Aspies share with me about the way their pets bring comfort and unconditional love to their otherwise hostile world.

Another post followed at a time when I battled for professional support for my child. My Aspie had slipped through the cracks at school, and in that post, I challenged the silence, acknowledging my long-simmering pain and yes, anger, at my child’s apparent invisibility.  I wanted to reveal the beautiful, creative, kind and wise, astute and intelligent soul hiding behind the mask of Asperger’s. 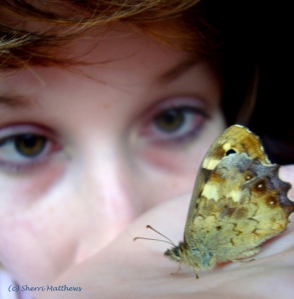 Writing, The Voice of Asperger’s Syndrome emerged out of my ever-increasing need to shout, ‘Hey world, this is what my Aspie goes through every day!’ But coming from my private, and until then silent, place of powerlessness in my perceived inability to help my Aspie, I realised I was subconsciously pleading, ‘I need help too!’ And what I didn’t expect was the way writing those posts also helped me.

Crushing isolation and loneliness often define the life of an Aspie, but as a mother and a carer who thought my voice was just a drop in the crash of a wave, I found a ‘me too’ connection that acknowledged my loneliness too.  I found a community that said you and your Aspie are not alone.

‘Are you my Mother’ ended well: the baby bird and his mother had a joyful reunion, and I smiled with relief.  I have great hope that my Aspie will one day find an answer in the search and find joy and relief within.  Perhaps it really is possible to live happily ever after, whether in or out of the nest.

Sherri Matthews is a memoir writer from England who enjoys walking and photography. Her writing has appeared in magazines, anthologies, and online. She has worked in both the medical and legal fields in the UK and California, where she lived for 17 years raising her three children. Chasing her writing dream throughout, she began her writing career in earnest from home while caring for her youngest, diagnosed with Asperger’s. Since then, Sherri has been published in a variety of magazines, anthologies and company websites. Today, she lives with her husband in the West Country of England where she keeps out of trouble writing her memoir, blogging, walking and taking endless photographs. Her garden robin muse visits regularly.

Amazon US (Slices of Life)

Blogging at: A View From My Summerhouse

Raw Literature posts as an ongoing conversation about those first works we create as writers, as literary artists. Guest Authors share personal insights on their craft, its process, the experience of creating raw literature and what they do with it. Carrot Ranch is a dynamic literary community that creates raw literature weekly in the form of flash fiction (99-word stories). If you have an essay idea, pitch to Charli Mills, Lead Buckaroo, at wordsforpeople@gmail.com.