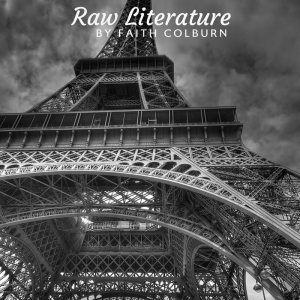 I’m trying something unusual structurally right now, and the jury is out. I hope to send my novel to beta readers sometime later this month, but I’m still tweaking.

Here’s the nutshell: I have a male character, Connor, whose sister, Nora, is in the American Embassy in Paris as the Luftwaffe is about to start bombing. Connor’s trying to figure out a way to get his sister out of there at the same time he’s trying to decide whether to join the Army.

Connor and Nora never see each other after the first act, so they keep in touch by censored letter. Here’s a sample:

Everything has changed. It’s like the entire isthmus vibrates with boots—U.S. troops getting ready for whatever’s about to happen. Pearl Harbor seems to be sinking into the soil here, sprouting warriors like sown dragon’s teeth. We’re not preparing for war anymore. We’re at war.

I can’t wait to get into combat, Sis, so I can kick some Jap ass. I heard there were a lot of guys on the ships at Pearl Harbor who just burned up or drowned—maybe thousands. I wonder if anyone’s heard from Jack O’Neill.

Anyway, I want to give the Japs a taste of their own medicine. It’s hard to sleep wondering where we’ll end up and what kind of new country I’ll see. I think of all the thousands of miles of ocean out there. It’s just empty water, waiting to swallow us. It’s kind of intimidating, looking out at the Pacific and knowing how far away everything is. And then I think about Uncle Harry and wonder how I’ll take it. I don’t want to turn into a living wreck.

Meanwhile, if I’m not standing in the rain with a rifle, I have a choice. I can drink all by myself or I can sit around camp and play cards or shoot craps and drink and smoke cigarettes (I don’t do that yet, although I might as well, since there’s enough smoke around those games to kill a man.) or I can go to the Kuna workers and maybe get some hemp to smoke. That stuff’ll knock your socks off. I got the idea I was Jesus one night and tried to walk across the canal (on the water) to prove it. Darn near drowned myself.

To complicate matters, I’m telling about the six years Connor spent wandering around the West as a hobo in flashbacks throughout the decision-making, training, combat, and beginning recovery on a hospital ship. I love beta readers. They’ve helped me get where I need to go when I get off track. I’m hoping they can help me decide if I’ve got too many interruptions in my story.