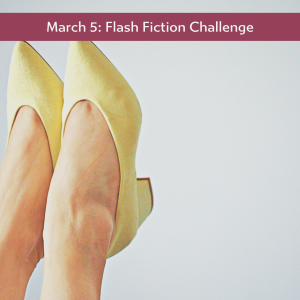 It’s March 5, a blizzard blows with an easterly wind, and I’m feeling disenfranchised. I’ve struggled to keep my right to vote as an American. I had to battle residency hurdles since 2016, and now that I have a permanent home like I’m some lucky dog rescued from the pound, I don’t get to vote for my candidate. I’m bitterly disappointed, choosing to sulk for the moment.

Primaries are not my area of knowledge other than my general understanding that each party votes for their presidential candidate. I never understood the fawning over Iowa voters as if farming gobs of corn make them wiser than the rest of the US. New Hampshire and Nevada follow Iowa. Then there’s something called Super Tuesday when a block of states conduct their voting, which happened this week.

Now I understand that Iowa is remarkable only because it’s advantaged — the state votes in the primaries first.

In Michigan, I researched if and how I can vote in the primaries because I never have. Why? I’m an independent, forsaking the two-party tussle. I vote my conscience, not a party’s platform. I’ve held this important personal value ever since I learned in high school civics class that I have the right to remain independent of party affiliations. And so, I have never voted in a party primary before.

The thought of having to enroll in a party disturbed me, but I was willing to become a Democrat to vote for one of five candidates I felt could unify my politically shattered nation. But I discovered that Michigan does not require citizens to register with a party to vote! I had my choice of which primary I wanted to vote in, and that had me feeling empowered.

Then, following the primary elections in other states, one by one, my choices dropped out. Today, Elizabeth Warren, the woman with plans, experience, wit, fortitude, and a vagina, dropped out. I’m devastated. I “get” to vote next Tuesday. The two Democratic choices remaining do not offer me the same vote as Iowa, or New Hampshire, or the Super States got. I don’t even get to say, “I voted for my Woman.”

And that is disenfranchisement.

I’m so disgusted, I actually understand why people voted for Trump. I actually spoke the words out loud — “Fine, I’ll vote for Trump, then.” I was horrified by my own shadow rising. What was it saying? That I feel petulant for not getting my way? That I feel fearful that I have no say in my country? That I feel oppressed by rigged institutions? That I feel like lopping off a breast and killing guards of the patriarchy with long spears? Okay, that last one went dark, but it is my Amazon shadow self pitching a fit. Shadows elected Donald Trump.

What I really wanted was a candidate who could listen to the varied voices of my nation. I want my brethren out west to be understood for their rural issues. I don’t want veterans living in fear that their hard-earned benefits will be yanked away. I want all peoples to have a seat at the table to discuss the condition of our world and what we can do to find common ground, especially the indigenous who are rising up, willing to offer what guidance they still have. I want healing and hope. Don’t we all? Don’t we?

So much uncertainty exists at levels so broad I can only process it through fiction. And here’s where I’ll ungracefully stumble off my soapbox, mumble an apology for voicing politics, and examine how fiction helps me make sense of a world poised for disaster. I’m going to unleash my mind and ask questions that lead to stories:

I think we live in a time where what we think we’ve known is about to change. Tonight, I had dinner and chakradance with my daughter. She’s a science writer at Michigan Tech University, and the Coronavirus-19 has been a focal point. She reports on some of the cutting edge research, interviewing bio-engineers and medical researchers. This new type of virus is here to stay, and we know so little about it yet. We do know — it’s not the flu.

Tonight, my daughter told me that she and her husband have been talking about death and dying. A heavy topic for a couple who is in their early 30s. Another friend recently completed an entire course all about death. She has terminal cancer and questions. She told me how people can have green burials, but need to be placed in the ground within 48 hours. Another friend says that’s what she wants but doesn’t have access to land. A couple I know is trying to get land approved as a cemetery for veterans and their wives. A rule prohibits wives from burial before the veteran, though. Guess that means the guys have to go first.

Politics and death. Not the cheery topics I planned. But then there was chakradance.

The blizzard began to blow more ice and less snow. My daughter drove us to the Jutila Center at the bottom of Quincy Hill from where I live in Hancock. The former chapel is now a large space for workshops, and this is where we gather to freely dance for 90 minutes every Thursday. At first, I was uncertain about it, but it’s now an activity I look forward to because it integrates body, mind, and spirit. I have actually dreamed parts of my novel during chakradance, which isn’t all that unusual, considering that many authors seek movement to integrate creative breakthroughs in writing. Dance sets me free to imagine.

This is what I mean — a friend in Colorado wants to save dogs. It can be a formidable mission. She can’t save all the dogs, but she can find ones in need if she pays attention. And she does. In just the past month, she’s helped a homeless family get their two dogs, spayed and neutered. Then, early one morning, she found a dog near death in a park. She rescued the animal and contributed to getting her fostered. My friend can’t save all dogs, but she models for us what it looks like to save the ones who cross her path.

This is how inspiration works. We see that a thing is possible. We learn how to participate in art or rescue or living mindfully by watching others. We grow in this way. To me, it’s better than getting wrapped around the axel of things I cannot change. The one thing I can change is my own thinking, and that leads to doing and growing. So, I set aside my earlier feelings. I acknowledge my pain and frustration. I accept worry but refuse to bow down to its weight. I told my daughter tonight, “We are all going to die. Now, let’s go dance.”

Let’s dance with Clarice. Who is she? She is many — women throughout history, perhaps from your own circle of family and friends, who have been named Clarice. Last week, Bill Engleson challenged our thinking to recognize the contributions of women named Clarice beyond a notable character from Silence of the Lambs. Here is the list he shared:

We might live in troubling times, but every age has such. We are facing the challenges of our moment in history, which is but one small bead in the greater tapestry. We are also the writers, poets, artists, readers, and dreamers. We have the capacity to imagine and evoke, to prod and comfort, challenge, and celebrate. What will you write? Who knows. But do it. Write.

March 5, 2020, prompt: In 99 words (no more, no less), write a story about Clarice. She can be any Clarice real, historical, or imagined. What story does she have for you to tell? Go where she may lead!

Respond by March 12, 2020. Use the comment section below to share, read, and be social. You may leave a link, pingback, or story in the comments. If you want to be published in the weekly collection, please use the form.  Rules & Guidelines.

Viv drove down a narrow two-track, brush scratching Hal’s 1956 Ford Victoria. How that man would howl if he saw his car now. Viv smiled, keeping both hands on the wheel. She’d hide out at Clarice’s cabin on Misery Bay. A few deer camps populated the unmined swath of land void of copper. Clarice escaped the mines to live carefree, growing vegetables and chickens. Driving the Ford out of the brush, Viv lightly honked. Clarice – born Clarence Guntecher – strode out to the porch wearing only a long flannel shirt and unlaced boots. Clarice snapped fingers and shouted, “Girl party!”

By Charli Mills in Flash Fiction Challenge on March 6, 2020.
← Stories From the Open Road Clarice →