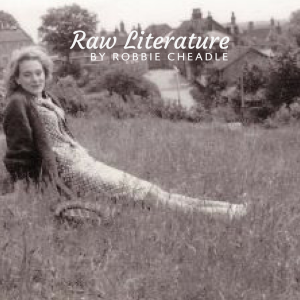 About mid last year, my Mother and I decided we should write the story of her growing up during the Second World War in the small town of Bungay in East Anglia, Britain.

I had listened to my Mother’s childhood stories for my whole life. I thought her tales of chamber pots and an outhouse, food, coal and clothing rationing, icicles inside the scullery windows, washing using a copper tub and a mangle and children being sewn into their vests called stays, were very interesting. The additional overlay of war conditions only added to the excitement as she spoke of buzz bombs that suddenly dropped out of the sky, wreaking devastation on the area below, American soldiers billeted in canvas tents on the common, and the family hiding in bomb shelters during air raids.

I thought my Mother’s story was interesting enough to warrant writing down and I also thought it would be a good way of preserving some of the histories of life in a small English village during WWII and allowing people, especially children, to gain knowledge of the hardships experienced by people living through a war. My rather optimistic reasoning was that if children were made aware of the horrors and hardships of war, they would be more inclined to ensure such a state of affairs never occurs again. 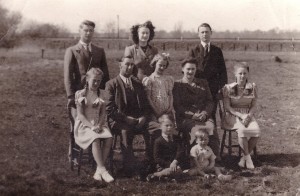 Mother and I embarked on this interesting journey of writing down her history. Initially, I wrote a series of essays based on her different life experiences. These essays were not in any particular order but were written more as she remembered and thought about different events and happenings in her early life. My Mother was only one year old when the war broke out in 1939 and six and a half years old when the war in Europe ended on 8 May 1945. The idea was that we would write the basic information and order and edit it afterward. This process of writing essays took from May until November 2017. Once the basic writing was done, I put the various pieces together and ordered them in a way I thought was appropriate.

We went on holiday for four days after Christmas and my Mother, and I spent a couple of hours a day editing the manuscript and adding pieces of information. It was quite amazing to me how my Mother kept remembering new things as we went through the draft book. The manuscript grew by approximately 3,000 words during those few days. Writing with my Mother was not all plain sailing. She had very exacting ideas about how the story had to be written, and she didn’t want anything that wasn’t “entirely” true included. In other words, it had to be written exactly as it happened and no minor poetic license was to be applied.

At that point, we had a fairly good draft, and I turned my attention to creating the illustrations out of fondant. We had discussed illustrations, and we both thought that keeping to my usual style of fondant figures for the new book was a good idea. We also agreed on the inclusion of a few of our family recipes that were appropriate for the time period and style of the book.

By March 2018 the new book was in a sufficiently good form for me to send it to a few proof-readers/editors. I received good feedback from all three, but Charli gave me two great pieces of advice.

The first was to include dialogue in the manuscript. Strangely, I had included very little dialogue. I am used to writing non-fiction publications on investment in Africa which don’t need to include any “warmer” tones. My Mother had said she thought I needed to make it “warmer” but she wasn’t able to explain what she thought I should do so when Charli mentioned including dialogue I understood what she meant immediately.

The other great idea Charli gave me was to include a timeline of the events of WWII as they pertained to Britain and to overlay my Mother’s childhood over this timeline. This was a stroke of genius as far as I was concerned. I created a detailed timeline, and this led to my including all sorts of additional titbits of historical information. As the advice came from an editor, my Mother was then willing to accept a bit of poetic license so long as I didn’t stray too far from the facts. An editor, of course, must know far more about book writing than me. Letting an older sibling do something which she had done when she was older but which fitted nicely in at a certain point in the story became acceptable.

We are now nearly at the end of the re-write and editing which has actually resulted in me revising most of the original ordering of the book, and I am very happy with it. We are hoping to finalize the manuscript for a final proofing by the end of May.

It has been a wonderful journey of discovery with my Mother, and I have enjoyed it so much we are talking about writing another two books to cover the next two phases of her life. The gradual changes that took place in England after the war and her decision to come out to South Africa. 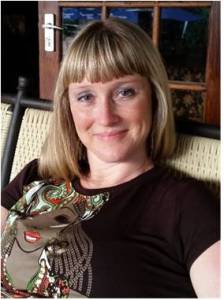 Robbie Cheadle was born in London in the United Kingdom. Her father died when she was three months old, and her mother immigrated to South Africa with her tiny baby girl. Robbie has lived in Johannesburg, George and Cape Town in South Africa and attended fourteen different schools. This gave her lots of opportunities to meet new people and learn lots of social skills as she was frequently “the new girl.”

Robbie is a qualified Chartered Accountant and specialises in corporate finance with a specific interest in listed entities and stock markets. Robbie has written a number of publications on listing equities and debt instruments in Africa and foreign direct investment into Africa.

Robbie is married to Terence Cheadle, and they have two lovely boys, Gregory and Michael. Michael (aged 11) is the co-author of the Sir Chocolate series of books and attends school in Johannesburg. Gregory (aged 14) is an avid reader and assists Robbie and Michael with filming and editing their YouTube videos and editing their books. Robbie is also the author of the new Silly Willy series the first of which, Silly Willy goes to Cape Town, will be available in early July 2017.

By Charli Mills in Raw Literature on May 15, 2018.
← Times Past: Dealing with Others Charisma of Cranes →