Raw Literature: Writing the Other 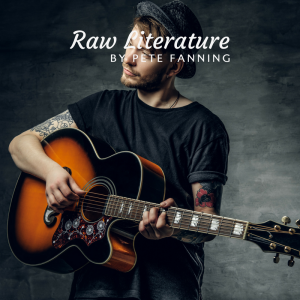 We’ve all heard the old cliché about how a character “speaks” to an author? It happened to me a few years ago. This young girl popped into my head with a story. She was good company, persistent, too. She went on for about a month until one day I sat down and began writing what would become her story.

Now, this girl, she happened to be a person of color. And if you check my bio, you’ll quickly see that I’m a run-of-the-mill white guy, closing in on middle age. We’re talking, wears-cut-off-shorts-and-black-socks-to-cut-the-lawn. SPF 50 on the nose, kind of guy. But none of that mattered when I set out to write this thing. I can honestly say it never once occurred to me that it might be odd, me writing from the first-person perspective of a twelve-year-old black girl.

Maybe it’s because I hate to plot. Outlines for me are like creativity killers. And speaking of killers, people write from the perspective of serial killers so why did it matter? Okay, where was I going with this? Oh yeah, it does matter.

So I wrote a story about this old curmudgeonly blues player and this young girl, Nita Simmons. Even in the roughest—or rawest—drafts, I was aware enough to avoid stereotypes. No Ebonics or broken English for Nita. In fact, being so tip-toe careful to avoid stereotypes, I went the other route, and Nita became this gifted, straight-A student. A case-cracking superhero.

Reading through those first drafts, it was clear. In not wanting Nita to be a stereotype, I’d done something just as bad, or worse: I’d made her perfect.

And where’s the fun in that?

I dove back in, peeling the layers to the real Nita. The Nita in my head was a normal girl with normal problems. She was self-conscious, stubborn, she doubted herself and fought with her mother. She was still a gifted writer but shaky at math. And being a budding teenager, she was a know-it-all at times, terrified by the world around her at others. And she was gullible. She fell for the stories the old man told her. And it was through the stories that a friendship formed. After all, friendship—not race, was the heart of my story.

And because I write in frantic sparks of inspiration, always in haste, like an idea might slip away if I don’t get it down, it took multiple drafts for the Nita on the page match the Nita in my head. I worked at this story for over a year. I combed over every word and submerged myself into this world I’d created. I bought a guitar and taught myself some old blues standards. I’m awful, but I can pluck some chords now.

I’m no Harper Lee, but Nita is my Scout. I root for her every step of the way. I listen to podcasts, study black history and devour middle-grade books. I’ve read my share of Life Magazines. I fell in love with my characters.

Here was the original query.

Putting yourself out there can be tricky. Whether you’re 12 or 72, headed to a new school for smart kids, or strumming up the courage to play the blues in front of a crowd. Such is the case for Nita Simmons and Earl Melvin, two friends too stubborn to quit on each other.

After a disastrous day at school, the last thing Nita wants to do is solve the puzzle that is her neighbor, Mr. Earl Melvin. People say he’s crazy, that he once tried to burn down the city library. But something in that sturdy voice of his grabs her, and after a second encounter her fear gives way to curiosity. From there the unlikeliest of friendships takes hold.

Mr. Melvin regales Nita with tales of protests and sit-ins. How he marched against segregated schools and lunch counters. His stories are magical and inspiring, his cooking unmatched, and his guitar playing is the truest thing she’s ever heard. Nita decides that old man did all those things, then she can deal with school. But when she stumbles upon a discovery—one that threatens to prove everyone right about Mr. Melvin all along—Nita’s left with a decision to make: leave the old man in the past or drag him into the future.

Not perfect, but it worked. I got some bites. I think I queried over fifty agents. I don’t recall the exact number, but I received somewhere in the neighborhood of ten full requests and five or six partials. Not bad, I’m told.

But in all my research, in all my writing and revising, I completely missed something else entirely. Something big. Something raw.

As the agents got back to me, some were short and sweet in their rejection, and others came with some editorial advice. A few I never got back. Then, I got all the feedback I needed.

Here is a sample of what she passed along (as she passed on the story).

Your story intrigues me and I think you do a good job with the middle grade voice here. I really like the interactions between the characters, Earnest and Nita specifically, as well as Mrs. Womack and Nita, and of course, Mr. Melvin and Nita. You develop these nicely.

To write such a story, an editor will prefer you belong to the ethnic race of the primary characters. This story speaks to so many significant moments and people of the African American experience so, ensuring this is accurate is essential. But even more important, because you utilize first person when writing this text, Nita specifically, an editor will question your validity to do so.

Two things. I’m not saying the writing was perfect. It wasn’t. And let me make it clear that I’m one hundred percent in favor and support the #ownvoices movement. It’s great, a crucial tool in getting diverse books in the hands of kids who need them. Publishers want books about people of color written by people of color. Because think about it. How authentic is it going to look to find this book, with a black cast of characters, only to see some blue sock wearing, lawn mowing white guy on the cover jacket?  (I suppose I could ditch the socks).

Rejection sucks. It hurts. And yes, it is personal. After spending so much time with a story and its characters and every single time it gets requested you feel like you could just march up a staircase to the clouds. And each time it gets rejected it feels like being knocked back a few steps. But I always hit the ground running. Until that last one, that one stopped me cold.

It was like a funeral, knowing it was the end of the road. Sounds dramatic, sure, then again, I do write fiction. After that last rejection, there was a new voice in my head (my poor wife), a suggestion to change the characters. Simply make Nita white.

I guess that’s on the table. But to me, it’s absurd to whitewash my main character in the name of diversity. So I’ve retired the story. Because Nita is Nita. And I still have control over that.

I’ve written a few novels since this one. One has gotten some requests, while another is getting closer to querying. And I don’t regret writing Nita’s story. I can’t help who spoke to me (pause here to acknowledge blatant cliché usage), or what characters emerged in my head. They’re mine. And if I could do it over, yep, I’d write it again. After all, I write for me first. In fact, I have, but that’s for another post.

Rejection is tough just one time, it starts to wear on you after a while. But those hours I spent getting lost in Nita’s world? In Mr. Melvin’s world? In their relationship? I think it was worth it.

I started and finished a project. I submerged myself in race relations and its ugly background (even as I ignored its current climate) and came out a better writer and person for it. And hey, maybe most importantly, I can play the blues on guitar.

So it wasn’t all for nothing.

By Charli Mills in Raw Literature on May 29, 2018.
← Times Past: Conversations Property Values →