Home » Columns » I Sacrificed My Roots

I Sacrificed My Roots 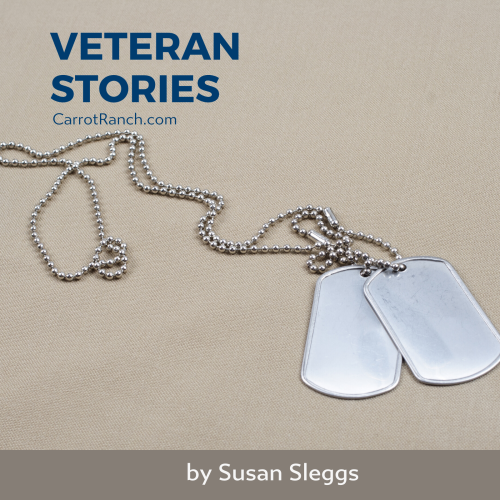 In the fall of 1971 as the Vietnam war was winding down my long time boyfriend enlisted in the Air Force to avoid being drafted. Seven months after I graduated from high school, I left my hometown to marry him after he finished boot camp. The husbands of the two couples who attended our wedding at Keesler Air Force Base in Biloxi, Mississippi were his classmates who he had known for mere days. There was no one from either of our families present. He was the oldest of six children who had known too much responsibility and I was the youngest of four girls who had known little. We were excited to be starting a new adventure together thinking we were escaping the ho-hum of the small town we grew up in.

We learned quickly that military life was unlike what we were used to. There were many rules to be followed by the service member; no calling in sick, wear the uniform with precise requirements of creases and boot shine, learn how to budget on little pay, don’t even ask to have a holiday off, live and work where you were told to, and sometimes end up working in a job field different than the one the recruiter promised you. We were young and giddy, we didn’t recognize these rules as sacrifices of our freedom, it was just how things worked. For him, he had a job with good benefits, and for me; I was getting to “see the world.”

Now it’s almost 50 years later and I have realized when I left home, the familiarity of family and friends went with me. I lost, sacrificed, a personal connection to the daily lives of my sisters and their families and my school chums and their siblings. Had I stayed near my hometown I would have maintained a closeness to my nieces and nephews. I would have known one of my classmates became a local businessman able to pay for the town’s new playground and own a golf course. I would have known the neighbor’s little brother ended up working for the state and has been able to retire comfortably at age 55. Instead, I met lots of people who I have no connection to today. The exception being one girlfriend that is a letter writer who keeps the communication alive. I’m attempting to regain friendships with people I grew up with via Facebook. It isn’t all that satisfying nor successful.

My life as a military wife expanded my horizons like I didn’t know was possible, but I sacrificed my roots to live in a bigger puddle of experience. I can’t change the past, but I can go to my veterans’ writing group and discuss what I have learned. They will understand because they sacrificed their roots too, or in one lady’s case, she feels she has lost familiarity with her child to the service.

Diane’s son is a 10-year Marine and now a Major. She tearfully shared with me she doesn’t know her son anymore. Her memory of him is an immature, but driven college student and now he is a man and she didn’t witness the growth because he was “off in the service.”  She continued to tell me when they Facetime and she asks what he is doing at work, his answer is, “You know Mom, military stuff.” The sad fact is Mom doesn’t know. She doesn’t know when he switches girlfriends or where he might be stationed in two years. She doesn’t know when he buys a new car or has a toothache and he doesn’t think to tell her. She tells him she would like to set up a ZOOM chat with him and his sister and he says he has to deal with his men first. She has fallen on the list of importance for him. It hurts her and he doesn’t realize it because his focus is elsewhere. She feels like she has lost him and longs to see his face more often. I expect some sons stay in touch better, but this is her story.  (Name changed for privacy.)

The Rochester Veterans Writing Group book, United in Service, United in Sacrifice is now available on Amazon. The writing group is proud the project is finished, of their service, and of being able to share their experiences to maintain a record and help non-military folk understand the sacrifices some made so others didn’t have to.

In the book I didn’t use a pen name, so look for Sue Spitulnik’s essay. Included in the back are prompts you are welcome to use to help you start a personal notebook or writing group.

In the comments please tell about something you have given up, sacrificed, for the good of others.

By SueSpitulnik in Columns on June 22, 2020.
← Saddle Up Saloon; Nix Fix Good Vibrations →